Two UFOs at once were discovered in Antarctica by a well-known virtual archaeologist and UFO blogger, as he calls himself, Scott. C. Waring.

“I saw them off the coast of Antarctica, looking at the images that were used to create the Google Earth resource. I identified the objects, so to speak..”

“That is, I found that they are surprisingly similar to Tic-Tac UAPs, as they were conditionally called by American pilots who chased similar objects many times.”

The unusual name Tic-Tac was given to it because of its resemblance to the famous American candy.

In the summer of 2022, he says one of the “candies” was found on Google Earth maps. The mysterious object was seen off the California coast off San Clemete Island, the southernmost of the Channel Islands.

“And now, at the same time, two UAPs of the Tic-tac type, for some reason red, sat in the water in a deserted area of ​​Antarctica, far from any sign of civilization.”

The size of the UFOs is the same: about 10 meters long and about 4 meters wide. If they are alien planes, which UFO blogger Waring says is just obvious, then each one fits several human-sized pilots.

“It is possible that in Antarctica they, the aliens, have a base.”

The “candies” first became known in 2017 when a video of them somehow leaked online. In 2018, the Pentagon recognized the images as authentic.

The Pentagon confirmed that they were taken from the radar screen of US fighters. Less than 3 months after that, NASA for the first time in history agreed that UFOs, ie UAPs, exist.

Now NASA has announced that it has brought in its best scientists and its “best” staff, including astronaut Scott Kelly, who spent about a year in orbit and saw a lot to learn what UFOs are.

It promises to publish the results of the research in a year, nothing to hide “in accordance with the principles of openness, transparency and scientific integration.” (Yes, of course..)

“I wonder if there is any link between UFOs and Antarctica. Has Antarctica served as a base of operations for extraterrestrial visitors to Earth for thousands of years? 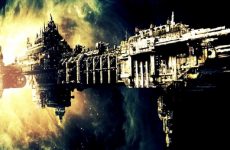 Strange ships on the solar surface: Aliens control the Sun?

A researcher caught the presence of strange ships flying over the solar surface. In his opinion, this means that… 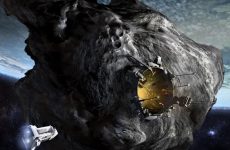 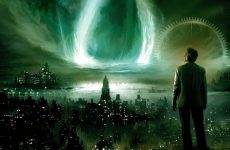