In 1885, a group of miners has discovered what appears to be an underground city under Missouri, after excavating a buried shaft deep underground.

Dozens of  amazing artifacts  , ranging from stone benches to knives, including a set that flowed with pure water mixed with lime. All of this has supposedly been discovered within an  underground city  found in Missouri County.

Although the artifacts found are extremely enigmatic, something was discovered that  surprised  the experts much more; a  human skeleton  .

Next to the source of water and lime, parts of a human being were found. During his studies, it was discovered that it was up to  3 times larger  than an ordinary human. In addition, given the robustness of the limbs, it is possible that it was much  stronger muscularly  and faster.

“The bones of the leg were measured, the femur is 4 and 1/2 feet, the tibia four feet and three inches. The head bones had been separated into two pieces, and the sagittal and cornal suturis had been destroyed.

In addition to the strange artifacts, the miners also found several  labyrinthine pathways leading  away from the surface. These seemed to have some kind of configuration, as well as containing a number of pieces that seemed to be part of  ancient machinery.

According to the promoters, all this information was  perfectly documented  by the miners in 1885.

The miners were the ones who explored the place for hours, until the oil from the gas lamps forced them to return to the surface, preventing visibility inside the mysterious  underground tunnels .

Despite the fact that certain theorists and popularizers assure that this mysterious story is totally true, no  evidence has been found  to support it.

Even so, it would not be the first time that  large structures have been found  under the surface in the United States, such as an underground city. The presence of human remains that could have belonged to  giants is not strange either .

In fact, the entire American continent is full of these stories and there is a whole debate around this theory. Is there really an underground city in Missouri?  Here is an interesting video about another supposed city of giants 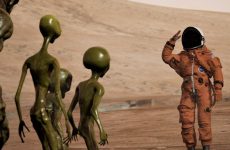 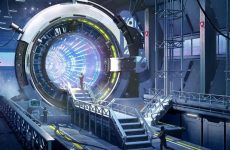 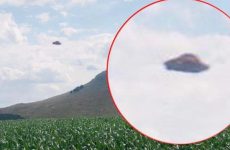