Science fiction and the different theories about black holes have installed an idea in the population; they could be doors to other universes. However, the Polish theoretical physicist, Nikodem Poplawski, suggests that this could be a reality.

During an interview with the  Daily Star UK newspaper , Poplawski revealed that he theorized that black holes contain  a “new Universe”.

“Our entire universe could exist inside a black hole that is itself part of another universe.”

Black holes and the entrance to other universes

The scientist proposed the  theory  for the formation of a completely new universe through a large rebound in each black hole. It was even included in the top 10 finds of 2010 by  National Geographic and Science Magazines .

Black holes vary in size. From microscopic specimens, to those that are supermassive in the center of the  galaxy . The largest black hole discovered to date is about 8.5 billion light-years away in the  Phoenix Galaxy .

This black hole is about 100 billion times  larger than the Sun , and the event horizon is 590 million kilometers in diameter. It weighs about  10% of the mass  of the Milky Way.

Regardless of size, Poplawski claimed that black holes could be the entrance to the  multiverse .

“A baby universe is a separate and closed branch of space-time with its own timeline.”

It further revealed that the baby universe is always  larger  than the main black hole because it “is on the other side” of the event horizon. It’s like  “Tardis” in “Doctor Who” . You walk into the police box and realize you’re in something bigger than the box.

entrance to the multiverse

Poplawski also suggested that, according to Einstein’s theory of gravity, each black hole produces a baby Universe inside it and becomes an  Einstein-Rosen bridge . Also known as  a wormhole , which connects the parent universe to the baby universe.

The parent Universe exists on the other side of the “white hole,” seen from the perspective of the baby universe. The scientist explained that the  white hole  is “a region of space that cannot be accessed from the outside and that can be considered as the temporary reverse of a black hole.”

Thanks to this theory,  Nikodem Poplawski  said that our universe could be inside a black hole existing in a different universe.

It is not the first time that a scientist has suggested the existence of different universes. However, few have discussed that black holes could be the entrance to them. 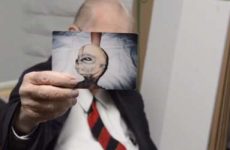 For time immemorial, human beings have been wondering if we are alone in the universe. In recent years,… 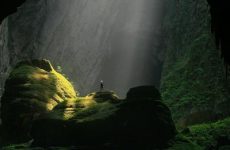 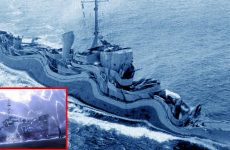