A couple walking at sunset in Ontario, Canada, spotted and videotaped a mysterious triangular object in the sky.

Conspiracy theorists have identified it as the legendary TR-3B , a secret plane that has been seen many times and that the US government denies owning.

In the video the man can be heard saying, “It doesn’t look like a plane from here. It looks like a triangle.” To which his wife replies, “It’s a triangle with a red light in the middle.”

Unlike other opportunities where what is filmed is very far away or is blurred for the viewer, here the triangular object can be clearly seen with all its lights —position and anti-collision (blinking red)—.

This type of sightings is often differentiated and separated from those of UFOs, since they are usually identified as a secret aircraft —which does not officially exist, but does exist…— of the US government known as TR-3B .

Ufologists believe that this stealth aircraft is the prodigy child of reverse engineering applied to alien technology recovered from incidents.

As described by Military.com, the triangular aircraft uses high-pressure mercury accelerated by nuclear energy to produce a plasma that creates an antigravity field around it.

“Conventional thrusters located at the tips of the ship allow it to perform all sorts of fast, high-speed maneuvers along all three axes.”

“Interestingly, the generated plasma also significantly reduces the radar signature. Therefore, it will be almost invisible on radar and will not be detected.”

“This literally means you can go to any country you want without being detected by air traffic control and air defense systems,” the military site reads. 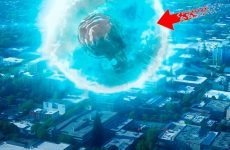 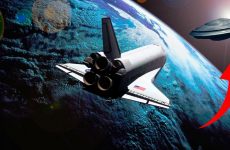 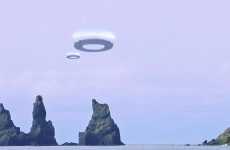