According to some unusual statements, the state of Israel, along with other Western governments, would have made contact with the aliens years ago.

So says Haim Eshed, a retired Israeli general, former head of the space agency and current university professor in the country. “Authorities around the world are aware of the existence of aliens to varying degrees.”

Why keep it a secret?

Eshed, according to the Jerusalem Post , thinks that humanity is not prepared for news of this nature and category. “Revealing the existence of extraterrestrials would undermine the beliefs of millions of people.”

In an interview with Yedioth Ahronoth , Eshed, who has served for decades as the head of Israel’s space agency and head of the country’s space security program, is a highly respected expert on the subject.

According to Eshed, Israel and the United States have been dealing with aliens for years, being a recurring element in their internal policies.

He explains that there is a huge organizational element, called the ” Galactic Federation “, which includes various races, civilizations and species of aliens.

“The Earth and humanity, since the middle of the 20th century, would have drawn up agreements for their own income.”

The former head of space security, although he does not clarify what species or galactic empires have been in contact with man, he did want to give some descriptions of what kind of agreements have been made between aliens and the US, the country he would lead conversations representing civilization.

These agreements and deals have been made because both parties wish to investigate and understand “the structure of the universe” , and the only way to arrive at comprehensive knowledge is constant cooperation between different members of the universe.

This is where things get a bit weird…

Eshed claims that the cooperation includes a secret underground base on Mars, where there are US and alien representatives, a huge facility that houses inconceivable tools, materials and devices, as well as gigantic ships and other gadgets of alien origin.

The information, which could be a mere wish on Eshed’s part, must be grasped “with tweezers”, of course.

The same Israelite points out that he once tried to present a plan to present them to the world, but the Galactic Federation supposedly prevented him from doing so, saying that they wished to avoid mass hysteria in society, the crash of the markets or possible wars, since they felt that the humanity needed to evolve.

“It was not allowed to do so because they wanted humanity to reach a new stage where it understands what space is and how we can navigate through it thanks to future spacecraft,” he concluded. 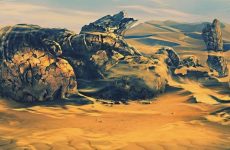 A mysterious image of a rock on the surface of Mars has caused a stir on social networks.… 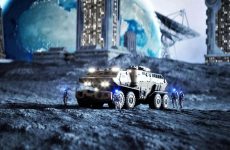