The F-117 Nighthawks is a stealth fighter jet that was retired 13 years ago. However, 2 of these mysterious jets were seen flying the restricted airspace of Area 51.

As early as March of last year, a nightwalker had been captured flying very close to Death Valley, through Rainbow Canyon . Despite the fact that the photographs caused some controversy, this did not reach more.

However, a few days ago, an aviation enthusiast and administrator of a specialized website in Area 51, captured 2 F-117 Nighthawks flying at high speed towards the Nevada Test and Training Range.

Joerg Arnu , administrator of dreamlandresort.com, stated that it was at the top of the hill known as “Coyote Pass”, about 100 miles from Las Vegas. This hill is along State Route 375 , better known as the Extraterrestrial Highway .

Arnu believes these F-117s are being repurposed to participate in the Red Flag training exercises at Nellis Air Force Base. Being part of the aggressor practice squad.

These aircraft are believed to be based in Tonapah, as they had the letters “TR” on the tail. Which means it is your home base .

Although Arnu believes that these Nighthawks are participating in these exercises, he also speculated that they are ” coming back from retirement .”

What would be the reason? Distract attention from a larger project taking place at the Tonopah base.

Distraction for a larger project?

“A lot of money has been invested in the Tonopah Proving Ground in recent years. Construction has been almost uninterrupted for the last year and a half.

They are investing a lot of money in the improvement of the track, both on the surface and the associated electronics, navigation, etc. And another obvious thing is that the economy of the city of Tonopah is heavily dependent on work at TTR.

When I go to Tonopah, these days, I can see the opening of new stores, the opening of new businesses, there is money all of a sudden. All this together leads me to believe that there is a large project that is still classified and that these F-117s are distracting from what is really going on.

One of the planes that could be involved in training exercises with the Nighthawks could be the new B-21 Raider stealth bomber .

This top secret aircraft has never been photographed . In fact, the military and its builder, Northrop-Grumman have only released artistic renderings of the plane.

This is why these aircraft are believed to be secretly being tested at Area 51.

There is much speculation about the secrecy of the B-21 Raider, and the sighting of these retired planes only further increases suspicions. Is it possible that the Nighthawks are being used to test this secret plane? 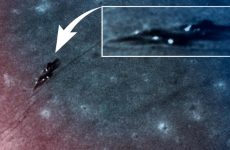 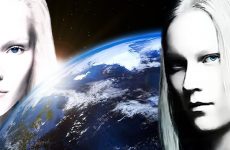 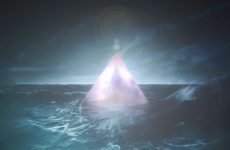