On a Monday in mid-February 1989, Alec Newald set out on what should have been a three-hour flight from Rotorua to Auckland, New Zealand.

He arrived feeling tired and confused, but was even more confused to learn that Monday had passed and it was Thursday, ten days later, and he had no idea what had happened in the meantime.

In the video below, he recounts his life-changing experience and describes the extremely advanced organic technology that also allows him and his environment to “grow.”

He also talks about how the spaceships are operated by a consciousness that “merges” and is, in fact, self-aware, just like what you have repeatedly said is possible in the higher realms.

The aliens that brought Alec aboard their ship were like humans, technologically advanced and could raise their vibration with biological technology so their bodies were less dense and therefore capable of space travel.

“They could grow anything they wanted, both plants and animals, and that the ‘houses’ grew and were sentient, the boats obeyed their thoughts.”

“His vehicle was a ‘biological animal/vegetable mix’.”

They communicated with their consciousness, which was an intrinsic part of the vehicle itself. Instead of eating, they drank a ‘solution’ that could be compared to monatomic gold.

Alec Newald contacted Nexus magazine in 1995 to publish his book, “CoEvolution” , describing his incredible ten-day journey to his kidnappers’ homeworld of Haven and the controversy created by his case on Earth.

We found Alec’s story particularly fascinating; And having met him and made him speak at the 1996 NEXUS Conference, we have no reason to doubt his integrity.

In 1989, Alec Newald’s life path took an unexpected turn when he was kidnapped by a group of benevolent aliens for ten days and transported home.

What he learned and experienced during his stay with these kind beings has profound implications for all of us here on earth.

Shortly after his “return”, Alec received strange visits from “government scientists” who wanted to know his experience. His incredible experiences “have great importance for the future of humanity and our galactic cousins”.

Scanning images from space for extraterrestrial evidence, a researcher found a pyramid-like structure on the surface of the… 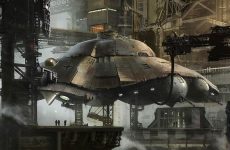 World War II is the most terrible event in the history of mankind. However, it should be noted that… 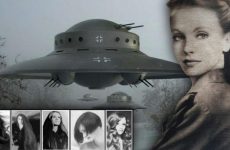 María Orsic, was a recognized medium at the beginning of the 20th century and the supposed leader of…