For time immemorial, human beings have been wondering if we are alone in the universe. In recent years, certain evidences are emerging that seem to show that the existence of extraterrestrial life is closer than we think. On October 5, a team of British scientists led by Professor Milton Wainwright , from the University of Sheffield, England, publicly released a striking photograph showing an organism of extraterrestrial origin discovered in space, making it the ultimate test that all life on Earth, including humans, is of extraterrestrial origin.

But this type of discovery has also given way to endless conspiracy theories, which directly point to the main governments of our planet to hide evidence, and even to be cooperating with advanced extraterrestrial civilizations.

And when everything seemed to be part of the imagination of some conspiranoids and ufologists, now the scientific community is once again marked by public opinion, this time by the surprising statements of an aerospace scientist before his death. Boyd Bushman, who died on August 7, 2014, recorded a video of just over 30 minutes where he showed evidence that UFOs and aliens exist, in addition to claiming that even he has had conversations with them.

Definitive evidence of the existence of extraterrestrial beings on Earth

Boyd Bushman was born in Globe, Arizona, in 1936 and died on August 7, 2014 in Tucson, Arizona. Bushman was considered one of the great engineers at Lockheed Martin, a multinational company in the aerospace industry. I dedicate more than forty years to aerospace research, awarded for several patents, in addition to working for Hughes Aircraft, General Dynamics or Texas Instruments. According to his biography, Bushman was a manager of various aerospace programs and a scientist at Lockheed Martin Aeronautics Company from 1986 to 2000, where he remained a consultant after retiring.

But it is not because of his impressive career as a scientist that he has made headlines again in the mainstream media around the world. Bushman passed away on August 7, but shortly before his death, he offered an incredible interview that was posted on YouTube earlier this month and already has more than 1.5 million views. In the video, Bushman claims that one of his top-secret jobs was “reverse engineering ,   ” technology of extraterrestrial origin for use by the United States Army. But for those who think this is an impressive revelation, Bushman goes further with his statements. It also shows photographs of extraterrestrial beings, who in some cases have died inside the highly classified Area 51 military base, also known as Dreamland, located in the Nevada desert about 85 kilometers north of Las Vegas.

“The only reason I believe everything they told me is because my people got me, for thirty years, pictures,” Bushman explains in the video. “They are not just photographs, but I commissioned them as an important engineer and they got me really close photos. For example a UFO ready to take off , taken up close. What they told me is that the UFO is made of three elements and none is metal. It turns out that these things get up and fly using anti-gravity systems. “

According to the digital version of the Daily News, Bushman describes the aliens as between 1.20 and 1.50 meters tall and with long fingers , webbed feet and come from a planet known as “Quintumnia” , from which it only takes a few 45 years of traveling to Earth. The engineer even gave them a mission: to photograph the planets in their path from their journey to Earth. Bushman also gives details of extraterrestrial travel and his current mission on earth, which use UFOs about 11 meters in diameter, while about 18 extraterrestrials continue to work in top-secret facilities in the United States. He also said that 230-year-old aliens working in Area 51 can communicate with humans via telepathy , using our own voice.

“They are beings between 1.20 and 1.50 meters high. The American Army has one or two in Area 51 and they are about 230 years old, ” continues Bushman. “Their eyes are different from ours, the nose is different but they have five fingers in each hand, two eyes … What surprised me is that I asked how they communicated … and they said: let’s say you have a question in your mind, so you come in in a room with them and suddenly you find that the answer is given to you with your own voice. They are able to use your own voice telepathically to speak to you. “

Aside from these revelations, Bushman also gives more specific details on how the alien races operating on Earth are organized, about the spirit realm, extraterrestrial objects in Area 51, the shooting down of dead UFO or alien ships .

But shortly after the Bushman video became a viral phenomenon, some people began posting images of an alien being doll much like the one Bushman shows in the video, though it may be said that it is not the same. But conspiracy theorists have reacted quickly, suggesting that the United States government put a doll very much like real extraterrestrial beings into circulation for the sole purpose of discrediting the statements of one of the brightest minds in aerospace engineering.

Is Bushman revealing the most important secret in human history? Is it a man who has lost his mental faculties? Or do they want to prepare us for the impending extraterrestrial revelation?

Here is Boyd Bushman’s confession of the existence of extraterrestrial beings before his death:

The Secret of the Man who traveled in Time to the year 1,700 (Video) 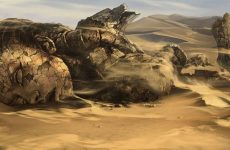 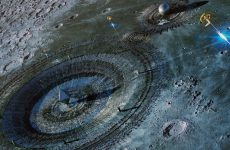 Gene Cernan, the last man to walk on the Moon, claimed he saw “bright flashes rotating” as he… 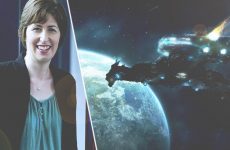