Russian cosmonaut Mikhail Kornienko is sure that aliens exist, which is confirmed by the stories of his colleagues who saw UFOs

Although he did not encounter alien creatures, the Russian astronaut admitted that “it’s no secret that they exist.” Kornienko said on a television program:

“I didn’t see aliens, but I’m sure they exist. I was just unlucky.”

Kornienko said: “If the universe is infinite, then it would be presumptuous to suspect or think that we are the only ones. In addition, there is such a science as ufology. This has been confirmed by both our American colleagues and ours.”

At the same time, Mikhail Kornienko unknowingly revealed a little-known fact about the existence of a special USSR program called «Grid», which studied UFOs.

Most citizens were unaware of it due to its “top secret” status.

The secret program became known due to the fact that the topic of investigation of anomalous phenomena was considered from the point of view of its influence on the army and the work of military equipment.

The impetus for the creation of a special program for the study of UFOs was the so-called “Petrozavodsk Phenomenon” in September 1977, when a huge jellyfish-like object was seen in the sky over Petrozavodsk in Russia.

«The ‘Grid’ program was financed with state money. However, its members weren’t the most communicative people, so all we know is a vague description of ‘Grid’ activities.”

The slightest mention of UFOs or aliens in the media was criticized by the KGB, which is why the authors of the studies could not publish their scientific developments.

Then the program changed its name to “Galaxy MO”, and later received another “Horizon MO”, but the tasks remained the same – the study of UFOs.

Unfortunately, all of the Grid materials sold for several thousand US dollars.

The buyer was the CIA, which received materials on 400 of the most mysterious cases of military collisions of Soviet aircraft with UFOs.

But, as Kornienko explained, some information about the work of scientists in the framework of the «Grid» program was still leaked to the press.

“They, as a rule, did not publicize their research. And I know them because a lot of the information has been leaked to the media. It’s not a big secret that this show was real. They found something, systematized and summarized something. 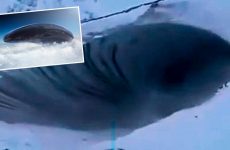 Could this be an “Alien Base”? Who made this cavity under the mountain? These questions are important since… 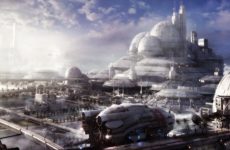 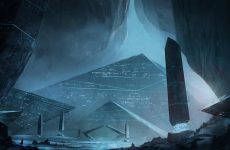 Discovered over the years by scholars in many regions of ancient Mesopotamia, copies of what is believed to…