Ancient history has more secrets than we think. Different inves about an antediluvian city called Kayona, built in a green and warm ancient Antarctica.

Kayona is said to have belonged to an  advanced ancient civilization  that surpassed the Sumerians, Egyptians, Mayans and Incas. The city is related to the  City of the Caesars  of Patagonia, even with the  Holy Grail itself .

As is known, the Earth underwent  drastic geological changes  that totally modified it. It did not always have its current continental layout. Nor did it have its  axis of 23.5 degrees  in relation to the ecliptic.

For example, the Sahara was a sea and the South Pole had no ice. The world suffered  strong climatic changes , as confirmed by science. However, it was not that slow and some sections  suddenly changed their environments . Perhaps, as a consequence of the  Great Universal Flood .

Other theories mention extreme climate change due to changes in the position of the Sun or radiation from the galactic center that occurs cyclically.

According to astrophysicist  Paul Laviolette , this happened  13,000 years ago , and it could happen again very soon. Regardless of what happened, it meant the  freezing  of Siberia and western areas, such as Alaska or Antarctica.

Herodotus  explained in his writings that based on conversations with Egyptian priests, that their civilization had had  341 generations of kings . During that time, the  Sun rose 4 times on the wrong side  and 2 times it kept a  different path .

Herodotus’s texts have generated much controversy. Scientists say that there has always been an  invariable rotation and orbit  of the Earth. Therefore, ancient writings cannot be interpreted.

Egyptian texts state several times that “south becomes north and the Earth tilts forward.” Also that the  stars  no longer lived in the west, but in the east. Similarly, the Egyptians knew various names for the Eastern Sun and the Western Sun.

This suggests that the Earth could have undergone  many more changes  than we are aware of. Which brings us to  Antarctica , who could hide the lost city of Kayona, which was  a victim  of these violent planetary changes.

As far as is known, it was the most advanced civilization  on the planet , surpassing others such as the Sumerian, Mayan, Inca or the Egyptian itself.

There are not many references to this  lost city , but it is known thanks to the messages of the  Masters of the underground world . They claim that it is linked to the mystery of the City of the Caesars and the possible location of the Holy Grail.

It is believed that this legend was enough to inspire Hitler to send  expeditions  in search of its secrets.

Some independent historians suggest that some of Kayona’s secrets have already been revealed, but are being kept secret. Why? A simple reason; the revelation of these findings would shake the foundations of how society has been built. Both in religion and power societies. 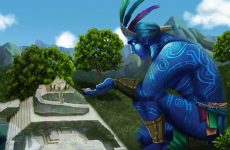 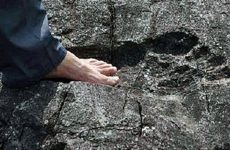