The controversial ufologist Scott Waring surprises us with these statements about an alleged extraterrestrial base on Triton, one of Neptune’s moons.

So far, Neptune has 13 moons or satellites and one more is waiting to be confirmed; their discovery occurred in the year 2013. These moons received the names of gods and nymphs from Greek mythology:

Galatea, Larisa, Proteus, Triton, Nereida, Despina, Thalassa, Naiade, Halimedes, Sao, Psamate, Neso and Laomedeia. The largest satellite is Triton, which orbits Neptune in the opposite direction of the planet’s rotation.

It is a very cold moon, with a thin atmosphere and geysers that release icy material.

Composition is generally determined by detailed measurements of an object’s spectrum.

Measurements of Triton’s surface spectrum reveal the presence not only of ice but of different types of snow (crushed ice). We can only guess the interior composition.

Voyager 2 did not pass very close to Triton, and therefore the density, which gives a general idea of ​​the composition, could not be determined. A good guess is that Triton is made of ice throughout its interior, except for a small core of rocky material.

However, it is also possible that Triton has a small layer of water inside it.

This depends on how many rocks are on Triton to help heat it up. A small layer of water could provide an environment conducive to life. More exploration is needed to know if these things are possible.

The fact that this moon is composed mostly of ice suggests a certain path for its evolution.

Renowned ufologist Scott C. Waring, editor of the  UFO Sightings Daily blog , explained that there are alien bases on Neptune’s moon Triton, and he is convinced that the video below shows these mysterious structures.

According to Scott,  “There are very few photos of this moon, so to have something so close is just amazing. The black structures appear to be a non-reflective stealth-like material, so radar cannot detect them. I have found structures on every planet and moon in our solar system.

This is a great example of the black structures I often talk about. The other two are the white ceramic frameworks and the gray metal frameworks (about 90% smaller than the black or white frameworks, but often attached to them with black tunnels) with right angles.”

What do you think? Could it be possible that they were artificial structures? Or are they just warping due to photographic exposures? Leave your comment below! 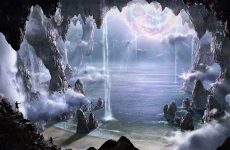 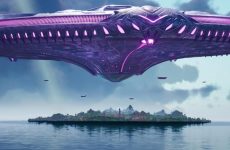 A “UFO emerges from the Indian Ocean” and mystifies researchers

The UFO topic is becoming more serious and scientific, which is why every piece of news that comes… 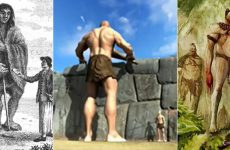