The evidence that our planet harbored intelligent life before humans is increasingly evident. Now, one theory could reveal that a comet destroyed an ancient civilization more than 13,000 years ago.

Graham Hancock , one of the most controversial researchers of recent years, wrote a book entitled “Wizards of the Gods: The Forgotten Wisdom of Earth’s Lost Civilization.”

In it, he mentions an ancient pre-human civilization on Earth and how it was destroyed by a giant comet more than 13,000 years ago.

An ancient civilization died out before mankind was born

The remains of a giant comet pierced the atmosphere, generating a global cataclysm similar to that of the destruction of the dinosaurs.

Hancock says that at least eight fragments of the huge comet hit the North American ice sheet , and others hit northern Europe.

The heat generated by the approach of the giant fireballs, at more than 150,000 kilometers per hour, melted millions of square kilometers of ice instantly.

As a consequence, the earth’s crust was destabilized like never before and a global flood was generated that destroyed an ancient civilization . This cataclysm was named in different myths of ancient cultures, including the bible .

This theory was ignored for decades as it was considered “unlikely.” In fact, several experts pointed out that it was impossible for a developed civilization to live on Earth thousands of years ago .

Some even ridiculed the researcher, as always happens when an alternative history is proposed for humanity

It is not a simple theory

In order to find such an ancient catastrophic event , one has to search the oldest known remains of an ancient civilization. And that’s Göbekli Tepe .

Archaeologists from the School of Engineering of the University of Edinburgh, carried out an investigation in these ruins.

Apparently, evidence was found that a comet collided with Earth in 11,000 BC. C. approximately. This cataclysm generated drastic changes that exterminated an advanced civilization.

Based on that investigation, Hancock added that such an event could occur again . Earth will be in the path of a meteor shower in 2030 .

It should be noted that the oldest layer of Göbekli Tepe dates from the year 9600 BC. C. , this means that it is 7000 years older than the pyramids of Egypt .

There were stone carvings with astronomical symbols linked to a global catastrophe that occurred in 10,950 BC. C., as explained by Dr. Martin Suetman .

This artifact was called the “Vulture Stone” and clearly shows human suffering through symbols.

This means that an ancient civilization, with astronomical and mathematical knowledge, as well as civilized, existed long before human beings. 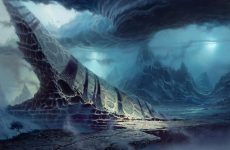 At nearly 1,000 km in diameter, Ceres is the largest object in the asteroid belt, the great ring… 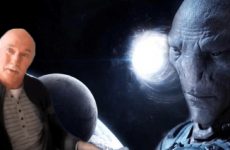 On a Monday in mid-February 1989, Alec Newald set out on what should have been a three-hour flight… 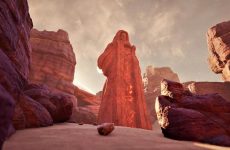 Barry  DiGregorio, a scientific professor at the Center for Astrobiology at the University of Buckingham, stated that NASA…